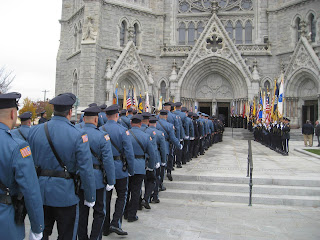 Source: http://www.vindy.com/news/2018/jun/21/ohios-gop-legislators-nix-a-sensible-gun/
Republican leaders in the Ohio House and Senate have largely ignored Republican Gov. John Kasich’s appeal for expedited action on his proposal to update the state’s gun laws.
But they will be hard-pressed to turn a deaf ear to a broad coalition of students, teachers, school counselors, police chiefs, pediatricians and Catholic clergy demanding a vote on the governor’s packages of reform.

There are companion bills in the House and Senate containing changes recommended by a bipartisan advisory panel convened by Kasich. The measures have been stalled since mid-April.
Two months ago, we suggested that Republican majorities in Congress and in the Ohio Legislature are dragging their feet on enacting sensible gun-control legislation because they fear the politically powerful National Rifle Association.

It is noteworthy that Republican President Donald J, Trump and Republican Gov. Kasich are pushing for changes to existing guns laws, but are unable to get GOP lawmakers to act.
In early March, Trump met with members of Congress from both parties and made it clear he would take on the NRA to get national gun-control legislation enacted.

Gov. Kasich, recognizing that this is an issue that crosses political lines, formed a bipartisan gun-policy advisory group after a sniper killed 58 people attending an open-air country music concert in Las Vegas.

Kasich is urging state lawmakers to adopt a package of reforms that would: take guns away from people at risk of hurting themselves or others; keep guns away from those convicted of domestic violence; facilitate gun-violence protection orders; close some gaps in the background check system; strengthen the law against “straw man” gun purchases; and ban bump stocks and armor-piercing ammunition.

As we noted in the April editorial, the governor sought to reassure pro-gun advocates that the changes he was proposing to Ohio’s laws were limited in their scope.

“No one is interested in some slippery slope in trying to go and grab everyone’s guns,” Kasich said.
The bump-stocks prohibition is similar to the one President Trump has proposed.

But there’s a measure moving through the Ohio General Assembly that Kasich says he will not sign. The so-called “Stand Your Ground” bill, which has the support of pro-gun groups, would remove the requirement to try and retreat before taking lethal action.

The Ohio Prosecuting Attorneys Association is opposed to the bill, saying it would make it harder to convict criminals.

The very fact that Republicans lawmakers consider this more important than the sensible, much-needed measure sought by the governor speaks volumes about their legislative priorities.
It’s time they received a reality check.

Here’s what the letter from the coalition urging legislative action on Kasich’s package of reforms said, in part:

“Within this past month alone, Americans have grieved for those killed or injured in three school massacres and our nation continues to average more than one shooting at a school per week. This issue is not going away and we cannot continue to bury our heads in the sand and pretend that this violence won’t happen here – because it has. And it will again.”

There was a meeting Tuesday of House Republicans to judge the level of interest in moving forward with House Bill 585.

The legislation also would require that gun purchases be entered into the statewide law-enforcement database, something the governor has urged local agencies to do.

Before Tuesday’s GOP caucus, the measure, sponsored by Rep. Mike Henne of Clayton, had no co-sponsors and was languishing in committee.

Not much has changed today, which means the chances of passage are slim at best.
Here’s what House Speaker Ryan Smith of Bidwell had to say about the Kasich measure:
“That bill has frankly caused a lot of consternation with our caucus. It’s not to say that we’re insensitive to it or don’t want to do something on it, it’s just people are very protective of the Second Amendment.”

Such justification for inaction is a cop-out because there’s nothing Kasich has proposed that’s an assault on the Second Amendment.