Atlanta archbishop to restrict guns at Catholic churches in Georgia

September 11, 2015
Catholic institutions in Georgia will restrict firearms from their sanctuaries, schools and other institutions following Gov. Nathan Deal’s approval of legislation that widely expands the state’s gun laws. 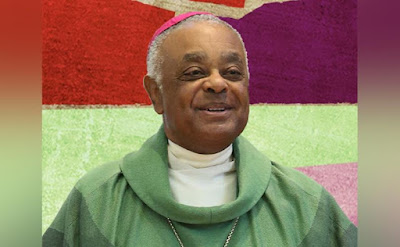 Archbishop Wilton Gregory wrote in a column in the Georgia Bulletin that he will “officially restrict” the presence of weapons in Georgia’s Catholic churches and religious institutions.
Limited exceptions could be made for members of the military, law enforcement officials and others authorized by the government to protect the public, Gregory said.
Wrote Gregory:

The last thing we need is more firearms in public places, especially in those places frequented by children and the vulnerable. I do not want to suggest restricting firearms in places where they are needed, to protect one’s home and property or to defend the public by officials who are entrusted with our protection. Yet this new legislation de facto makes firearms more available in places where they may allow violence to escalate.

Gregory’s comments follow a directive issued Monday by Bishop Robert Wright of the Episcopal Diocese of Atlanta that also banned firearms from Episcopal churches in middle and north Georgia. The only exception to that policy will be on-duty law enforcement officers.
In fact, guns are now banned in every Episcopal church in Georgia. Here’s a rather definitive, April 24 letter from the Right Rev. Scott Anson Benhase, bishop of the Episcopal diocese of Georgia:
The broad expansion of gun rights, signed into law last week, allows Georgians to legally carry firearms in places including schools, bars and government buildings. It also for the first time expressly permits licensed concealed-weapons holders to bring firearms into the state’s churches, provided that an individual place of worship allows it.